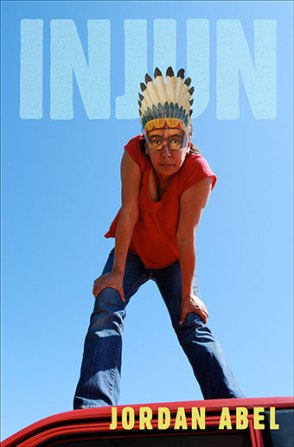 Publisher’s description: Award-winning Nisga’a poet Jordan Abel’s third collection, Injun, is a long poem about racism and the representation of Indigenous peoples. Composed of text found in western novels published between 1840 and 1950 – the heyday of pulp publishing and a period of unfettered colonialism in North America – Injun then uses erasure, pastiche, and a focused poetics to create a visually striking response to the western genre. Though it has been phased out of use in our “post-racial” society, the word “injun” is peppered throughout pulp western novels. Injun retraces, defaces, and effaces the use of this word as a colonial and racial marker. While the subject matter of the source text is clearly problematic, the textual explorations in Injun help to destabilize the colonial image of the “Indian” in the source novels, the western genre as a whole, and the western canon. 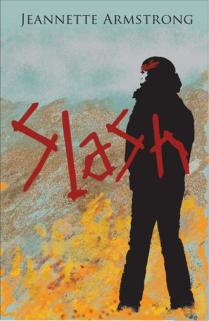 Publisher’s description: Slash is Jeannette Armstrong’s first novel. It poignantly traces the struggles, pain and alienation of a young Okanagan man who searches for truth and meaning in his life. Recognized as an important work of literature, Slash is used in high schools, colleges and universities. 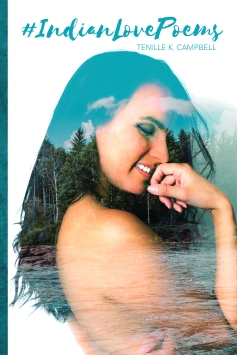 Publisher’s description: Covering Indigenous adventures from Wahpole Island to Northern Saskatchewan to the West Coast, #IndianLovePoems is a poetry collection that humourously delves into the truths of love and lust within Indigenous communities. The poetic speaker, a First Nations Donna Giovanni, relates stories of her search for The One, or even better, that One-Night-Stand, in heated lines that fearlessly shed light on the intimacy and honesty that may arise even from the most fleeting encounter, leading to reflection on the complexities of sex, race, culture, and intention within relationships. From discovering your own John Smith to sharing sushi in bed, #IndianLovePoems will bring a smile to your lips as you are reminded of your own stories about that special someone. 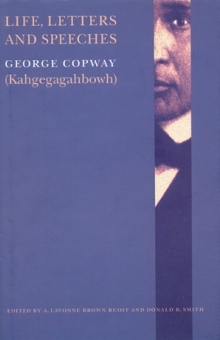 Publisher’s description: George Copway (Kahgegagahbowh, 1818–69), an Ojibwe writer and lecturer, rose to prominence in American literary, political, and social circles during the mid-nineteenth century. His colorful, kaleidoscopic life took him from the tiny Ojibwe village of his youth [in Canada] to the halls of state legislatures throughout the eastern United States and eventually overseas. Copway converted to Methodism as a teenager and traveled throughout the Midwest as a missionary, becoming a forceful and energetic spokesperson for temperance and the rights and sovereignty of Indians, lecturing to large crowds in the United States and Europe, and founding a newspaper devoted to Native issues. One of the first Native American autobiographies, Life, Letters and Speeches chronicles Copway’s unique and often difficult cultural journey, vividly portraying the freedom of his early childhood, the dramatic moment of his spiritual awakening to Methodism, the rewards and frustrations of missionary work, his desperate race home to warn of a pending Sioux attack, and the harrowing rescue of his son from drowning. 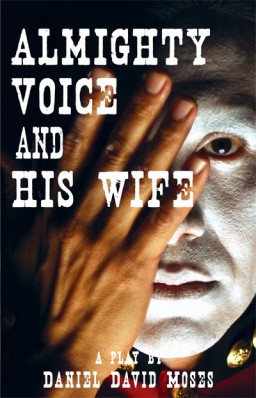 Description (from Canadian Theatre Encyclopedia): Almighty Voice and His Wife tells the story of a Native hero/victim from two very different perspectives. Almighty Voice was a 19th century Saskatchewan Cree, whose poaching of a settler’s cow resulted in his incarceration and escape from jail, and his shooting of a Mountie. He was finally tracked down by a large group of police and civilians, and shot. The first act provides a naturalistic portrait of Almighty Voice and his wife, White Girl. The second act shows how the story has been appropriated by a non-Native society in an attempt to locate an “almighty Native voice.” Almighty Voice is now a Ghost and his wife White Girl is the Interlocutor or Master of Ceremonies, dressed as a Mountie. Both wear whiteface, and engage in a parodic vaudeville routine which mocks the expectations and assumptions of a White audience. 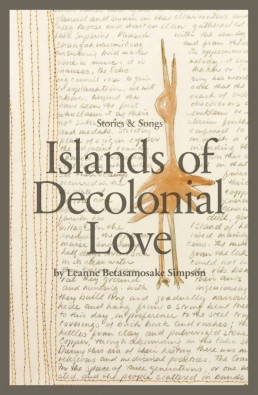 Publisher’s description: In her debut collection of short stories, Islands of Decolonial Love, renowned writer and activist Leanne Betasamosake Simpson vividly explores the lives of contemporary Indigenous Peoples and communities, especially those of her own Nishnaabeg nation. Found on reserves, in cities and small towns, in bars and curling rinks, canoes and community centres, doctors’ offices and pickup trucks, Simpson’s characters confront the often heartbreaking challenge of pairing the desire to live loving and observant lives with a constant struggle to simply survive the historical and ongoing injustices of racism and colonialism. Told with voices that are rarely recorded but need to be heard, and incorporating the language and history of her people, Leanne Betasamosake Simpson’s Islands of Decolonial Love is a profound, important, and beautiful book of fiction.